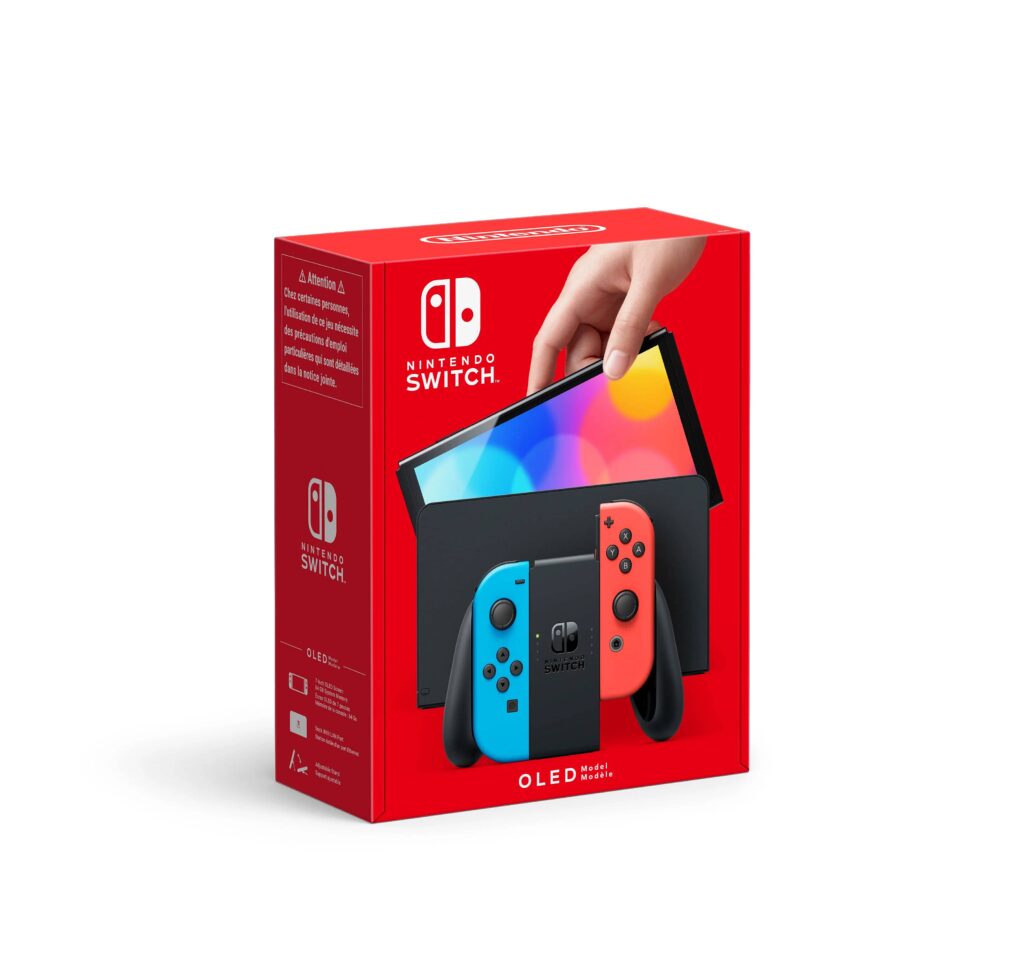 After years of speculation and rumors, Nintendo has finally pulled the trigger and announced an all-new model of the Nintendo Switch, perfect for handheld gaming, however, minus a key feature that many fans were hoping for. Coming October 8, the new Nintendo Switch will boast a larger, 7-inch screen and an OLED display. According to

After years of speculation and rumors, Nintendo has finally pulled the trigger and announced an all-new model of the Nintendo Switch, perfect for handheld gaming, however, minus a key feature that many fans were hoping for.

Coming October 8, the new Nintendo Switch will boast a larger, 7-inch screen and an OLED display. According to Nintendo’s website, the Nintendo Switch OLED will have a maximum resolution of 1920×1080 and a maximum frame rate of 60 FPS in docked mode. Just as it did with the original Switch, the OLED model’s built-in screen still has a resolution of 1280×720. Sadly enough, the OLED model does not appear to offer 4K gameplay, contrary to previous reports that it would feature NVIDIA’s DLSS tech with an upgraded chip.

The Nintendo Switch (OLED version) will have less bezel due to the larger screen, as well as slightly larger overall dimensions: The new Nintendo Switch is 0.1 inches longer and 0.05 pounds heavier than the standard Nintendo Switch. The OLED model’s battery life appears to be the same as the normal Nintendo Switch, ranging from 4.5 to 9 hours.

Check out the full technical specifications of the Nintendo Switch (OLED model) below:

Size4 inches high, 9.5 inches long, and 0.55 inches deep (with Joy-Con attached) *The depth from the tip of the analog sticks to the tip of the ZL/ZR buttons is 1.12 inchesWeightApproximately .71 lbs (Approximately .93 lbs with Joy-Con controllers attached)ScreenMulti-touch capacitive touch screen / 7.0 inch OLED screen / 1280×720CPU/GPUNVIDIA Custom Tegra processorStorage64 GB Users can easily expand storage space using microSDHC or microSDXC cards up to 2TB (sold separately).WirelessWi-Fi (IEEE 802.11 a/b/g/n/ac compliant) / Bluetooth 4.1Video outputUp to 1080p via HDMI in TV mode Up to 720p via built-in screen in Tabletop mode and Handheld modesAudio outputCompatible with 5.1ch Linear PCM output Output via HDMI connector in TV modeSpeakersStereoButtonsPower button / Volume buttonUSB connectorUSB Type-C Used for charging or for connecting to the Nintendo Switch dock.Headphone/mic jack3.5mm 4-pole stereo (CTIA standard)Game card slotNintendo Switch game cardsmicroSD card slotCompatible with microSD, microSDHC, and microSDXC memory cards *Once the microSDXC card is inserted, a system update will be necessary. An internet connection is required to perform this system update.SensorAccelerometer, gyroscope, and brightness sensorOperating environment41-95 degrees F / 20-80% humidityInternal batteryLithium-ion battery / 4310mAhBattery lifeApproximately 4.5 – 9 hours The battery life will depend on the games you play. For instance, the battery will last approximately 5.5 hours for The Legend of Zelda: Breath of the Wild.Charging timeApproximately 3 hours *When charging while the hardware is in sleep mode

Unfortunately, Nintendo has offered no news on when pre-orders will begin, before the device’s launch. However, the gaming giant has released a close-up video of the new Switch in action, highlighting some of its key features for fans to look forward to.

The question on everyone’s mind after months of leaks and rumors, is does the OLED model live up to the hype? Here’s what some fans have to say…

No wonder the “Switch OLED” wasn’t at E3! They would’ve gotten chewed!!! We can officially remove the PRO FROM IT!

oled left me with a sense of “alright cool, but it isn’t any more powerful than the dead auto switch so why do I want it”

I also can’t see how it can benefit players who use it solely in docked mode because it only outputs up to 1080p, not 4k

Just saying, digital models of the other new consoles are just 50 more with the PS5 and 50 less with Series S.

I dont like digital consoles but why not get one of those instead of a OLED Switch?

Nintendo Switch (OLED model) launches on October 8 for an MSRP of $349.99. Stay tuned here for updates on when pre-orders go live!

What do you think of the new features in the Nintendo Switch (OLED model)? Let us know in the comments below and or tag us on Twitter at @PlexReel!

We are committed to be your preferred, most reliable world news source coming straight to you from Southeast Michigan!